The recliner -- and why you should live your dream NOW! 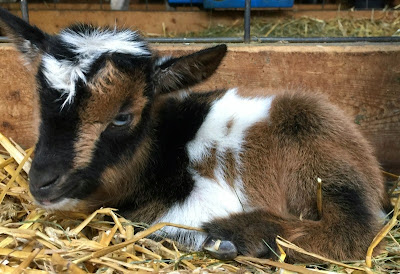 I haven't written a decent blog post in almost two months -- and that one was entitled "Catching Up," because I hadn't posted in a couple of weeks, during which time I had severely injured my back. And my back has now been re-injured so many times that I've lost count. It's somewhere around seven or eight. Each time I hurt it, I wind up back in the recliner because it is the only position in which I am not crying in pain.

We bought the recliner when I was pregnant with Katherine 22 years ago, and it used to hold such fond memories of nursing her as a baby and cuddling and reading to my children. Now, however, I am starting to refer to it as "that stupid recliner" and say things like, "I hate that chair!" Thankfully, my stints in the recliner are getting shorter. This last time it was only a day. Apparently I have a bulging disc in my back, and it takes the tiniest wrong movement to cause it to flare up again -- things like standing too long at a sink washing dishes. It isn't a big sudden, "Ouch!" kind of pain. It's a slow-building pain, which obviously gets worse as the disc swells more. I've discovered that icing my back after anything that could remotely cause a problem is a good idea, and I've probably avoided a few stints in the recliner by doing that. But sometimes I don't realize something is problematic until it's too late. Spending two hours sitting on the ground trying to get newborn kids to nurse proved to be a definite no-no.

Speaking of kids ... we've had five goats give birth since April 27, and three more are due within the next month. Aurora gave birth to quads the morning of April 27, and by that afternoon, I was in the recliner, which is where I stayed for almost a full two days. Since then, Mike has handled most of the birthing while I stand around taking pictures, trying to keep my back as straight as possible, not because it hurts to bend it, but because it will cause excruciating pain later, if I bend it the wrong way for too long. And that's the problem. It would be easy to not move the wrong way, if my body gave me some indication at the moment that I was doing something wrong. But it doesn't work like that. Nerve pain is quite different from muscle pain. It kind of feels like my body is giving me a pop quiz 24/7 on how to stand erect.

Part of the reason I haven't been blogging is because I haven't been able to sit in front of the computer for so many days. And when I am able to sit here, I spend hours catching up on things like email. I just updated the kidding schedule on our website so that people can see which kids are still available for sale. That was also about two months out of date.

The other reason I haven't been blogging is because I don't want to sound like I'm complaining. So, for the record, this is not a big long complaining rant. This is just the story of my life for the past two months. And there is some usable information in here. I hear a lot of people say that they are going to move to the country and start living this life when they retire. Now that I'm "older," I can say that that is really not the best plan. Two years ago, I had no idea that my body was going to have all of the problems that it has started to have. I am so glad that we moved out here 13 years ago. I had a lot of great years doing things that I loved. I don't want it to end, and I'm doing everything I can do to figure out how to continue living this life. But had we only moved out here a couple of years ago, there would probably be a "for sale" sign out front by now. If I think of all the challenges we had the first few years simply because we were new to this life -- and if you added all of my current challenges to that -- it would have been a recipe for utter failure.

I don't usually give advice on this blog, but I'm getting older, so I figure I can throw out a little advice every now and then. So, my advice is that if you are still young and healthy, and if you read this blog wishing you were living this life, don't wait. Figure out how to do it now.
Posted by Deborah Niemann at 12:37 PM 3 comments: