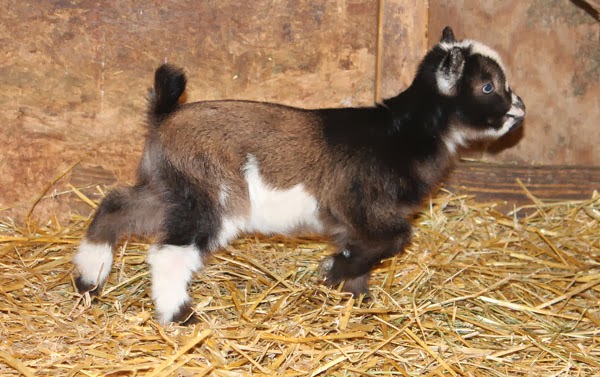 After having a goat give birth to a kid ears first and then having a c-section, I was getting downright paranoid about any goat ever giving birth normally again. Unfortunately I missed Vera's magnificent quintuple play. When I realized Anna was in labor a few hours after bringing home Giselle from the vet clinic, I was not my usual happy self. To make me even more paranoid, Anna Pavlova is Giselle's daughter, and she is a first freshener. Even though she was well over 40 pounds (my minimum weight to breed a doe), I was even thinking that I should not have bred her.

At first I saw a front hoof, perfectly positioned. And when I saw a nose, I was happy, although not ecstatic. Even though the kid didn't look particularly large, I was worried that it was too big. It seemed to be taking too long, but Jonathan said I was just paranoid. He is probably right. Anna came through with flying colors and delivered the kid with zero difficulty, and then the second kid pretty much flew out. 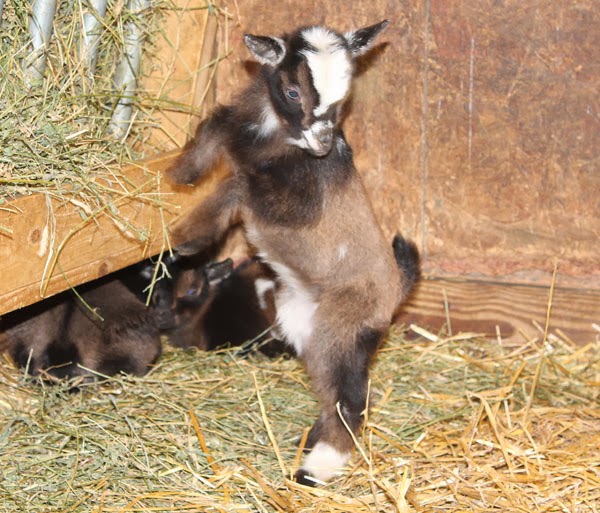 However, that's when the difficulty started. Neither kid would nurse, so after a couple of hours I milked Anna and gave each kid an ounce of colostrum using a syringe, basically dripping it into their mouths. Then I came into the house to eat dinner. The video monitor was still on inside, and I could hear the kids screaming non-stop. After dinner I went outside, milked Anna again and gave each kid another ounce and then told myself that they'd survive until morning, which was true because they only need ten percent of their body weight in milk the first 24 hours. I turned off the video monitor so I could get a good night's sleep, which turned out to be really important because I was quite ill before morning.

When Mike got home from work near midnight, he checked on the kids. Usually if kids have learned to nurse and you wake them up, they run under mom for a quick snack. These kids did not do that. When Mike stuck them under Anna, they seemed clueless, but he didn't worry about it because he knew that I had already made sure they had enough colostrum. The next morning, he went out to the barn to see if they were nursing. Although their bellies seemed full, they showed no inclination to nurse when he was there, and they continued to act completely clueless about the concept when put in front of a teat. Because they were bouncing around and their bellies felt full, however, we finally stopped worrying about them. And you can tell by these pictures of the doeling at nine days of age that she is getting plenty of milk! 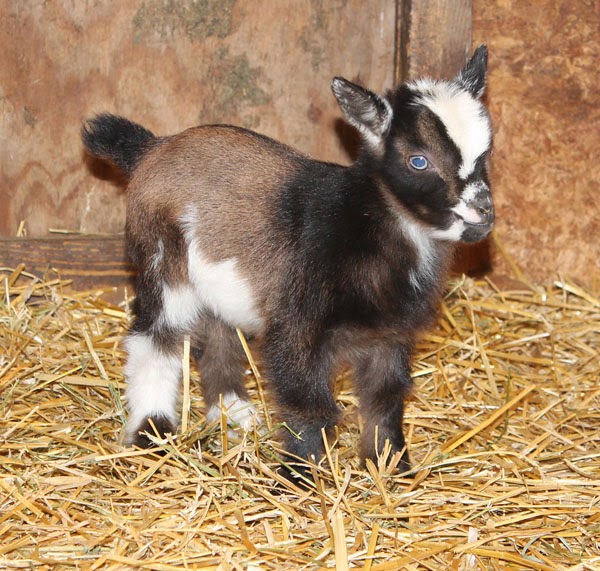 If I had to get the flu at some point during this winter, my body really did choose the best time. After Anna's kidding, no one else was due for at least a week and a half, so I had plenty of time to get really sick and recuperate before another goat would be giving birth.

Unfortunately I took no pictures of the kids until they were nine days old, and then I had not been out in the barn in so long that I wasn't sure which kids belong to which does. As I was sorting it out later with my computer, I realized I didn't get any pictures of the little buckling. Maybe I got a little carried away taking pictures of his sister, but she sure is cute, isn't she!
Posted by Deborah Niemann at 10:59 AM 2 comments: