Making decisions and waiting for goats to kid 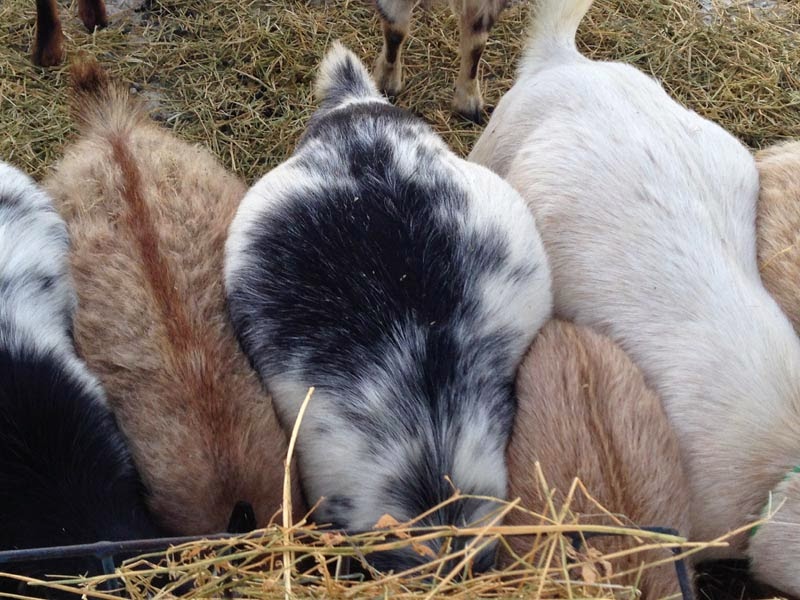 Here I am on January 13, and I've already messed up on my resolution to blog on here twice a week! I was hardly home last week, but that doesn't mean I could not have posted on here. I was at the Illinois Specialty Grower's Conference, and I had a great time meeting like-minded people who like to grow food. I am also in the midst of a big life-changing decision, and being there helped me to clarify a few things. I was attending a session on growing tomatoes hydroponically, and once the speaker got into all sorts of technical stuff, I had a huge urge to leave and head to another session. I wound up listening to someone talk about marketing your crops, and my brain said that I should let someone else grow the tomatoes. Considering my physical challenges, that's probably a good idea. Give me a phone and a computer, and I can market.

What's the big life-changing decision? I'm at a crossroads with the farm. I have to either cut back to almost nothing, or I have to ramp it up to the point that we can hire someone. Mike is frequently late to work, which is not acceptable because we need his salary to live. And I know I'm just one fall away from being incapacitated again. I suppose that might be true of everyone, but I know how true it is because after falling in March and June, I was unable to do anything on the farm for many months. And I used to fall a lot! I had no idea that my knees were so fragile, and now there's the sciatica. When you can't bend over and you can't squat, how can you garden?

As I'm writing this, I'm thinking that maybe this is why I don't blog that much any more. I don't want to sound like I'm complaining, but this is the type of stuff that goes through my head every day.

So, what's up with the picture?

The black and white goat in the middle is Agnes. She is due to kid in two weeks. I'm betting there are four kids in there, and I wouldn't bet against someone that said there were more than that. The poor girl is huge. She had four a couple of years ago, so it's not crazy to think that there could be four in there again. Vera and Cicada are also due at the end of the month, and they are equally huge, so we could go from zero to a dozen kids here really fast. Vera had quints last year, and Cicada usually has triplets or quads. So, hopefully I'll have some happy, healthy kid pics near the end of the month!
Posted by Deborah Niemann at 9:13 PM 3 comments: 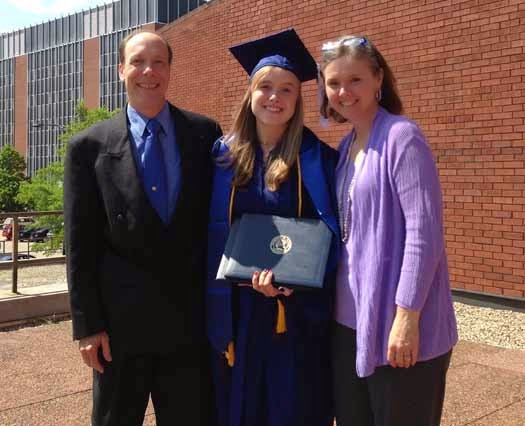 When I wrote my new year post a year ago, I thought that 2013 had been the worst year ever because both of my in-laws died, as well as several animals that were very special to me. Little did I know that I had one heck of a roller coaster ride ahead of me in 2014!

I was diagnosed with Hashimoto's disease in January, but the good news was, I didn't have thyroid cancer. In February, I was diagnosed with reflux, and in March, asthma. I had my first cold in five years and my first flu in about ten. Towards the end of March I also hurt my knee and learned that I already had grade four arthritis. The good news was that I didn't have bone cancer, which they thought they saw when they did the original x-ray. I spent April on crutches and in a wheelchair, and then I fell again in June. Ultimately my knee was swollen for about six months. But I'm getting ahead of things chronologically as I wound up being diagnosed with celiac in April and having my gall bladder removed in May. The good news was that I didn't have reflux! All of those digestive issues had just been caused by my misbehaving gall bladder. More good news was that after six weeks of thinking I had celiac, I learned that I didn't. However, I am gluten intolerant. Heading into fall, I started having problems with sciatica, which means there are some days when I can hardly walk because of nerve pain in my lower back that makes it impossible for me to put weight on my right leg without excruciating pain.

I spent a lot of time laying around feeling sorry for myself and feeling worthless. When my knee was so swollen that I couldn't bend it, I couldn't even work at my desk. Plus it was a major production to get myself down the stairs in the morning and up the stairs in the evening. I've had knee problems my whole life, so I knew my knees wouldn't last forever, but I was hoping they'd last longer than this. And the thyroid stuff hit me out of left field.

After I got through my little pity party, however, I did a bunch of reading on my various problems challenges, and I am working really hard to overcome them. I eliminated wheat, potatoes, and soy from my diet, and I'll be starting an elimination diet once all of my holiday house guests leave so that I can figure out what else is bothering me because my digestive system is still not firing on all cylinders. I've also started taking a rather long list of supplements ... glucosamine and chondroitin for my arthritis; fish oil and systemic enzymes for my sciatica; and selenium, plus vitamin E, D, B12, and zinc for the thyroid. And just for good measure, I've even thrown in a multi-vitamin and a calcium-magnesium supplement.

The really great news is that I've cut my TPO antibodies in half! (Those are the antibodies that my body is producing to attack my thyroid.) My TPO antibody level is now down to 75, which is still high but amazing because I actually have not met anyone with Hashimoto's who has a level that low. Research shows that when your level is below 100, your thyroid will probably continue to work for another ten years, so that is very, very good news. The goal is to get the antibodies down to less than 30, although closer to zero would be even better, so I still have more work to be done, but things are definitely looking up!

On another positive note, I've more than doubled my vitamin D level and by doing regular blood work and playing around with supplement dosages, I'm learning exactly how much I need to take to keep the level steady and to increase it even more, which is actually what I need to do.

In family news, the nest is now officially empty. Our son went away to college to finish his theater degree, and our youngest daughter graduated from the University of Illinois with honors and is now at Colorado State University working on her Ph.D. in chemical biology. Even though she lived in Urbana while attending U of I, we knew we could call her when we needed her to come home and help with something on the weekend. My oldest is loving her electrical engineering job in Ft. Worth, TX, but we have been able to see her several times this year, so I can't complain too much.

As for the farm, we are downsizing with some of the animals. I sold seven milk goats, bringing the number of milkers down from 21 to only 14. But then when I made up my breeding list this fall, I realized I was going to have five first fresheners, so that's going to bring us back to 19 milkers! Argh! I have decided to limit the number of milkers to 12, so that means more hard choices after goats freshen in the spring. I just couldn't bring myself to sell any more this past fall.

I will also be selling the Shetland sheep except maybe Winnie and Kewanee, a set of two-year-old twins that were bottlefed. I know I've said this before, but we really will do it this time. For the first time in my life, I'm actually thinking about taking animals to an auction. I haven't kept up with registrations on them since my daughters left home, so most of them are not registered, which might be making them harder to sell. I've posted a few ads on Facebook, but so far, no takers.

I am most excited about our plans to start incubator farms and form partnerships in 2015. I've come to realize that I can't count on my body to always be capable of doing farm chores, so in order to keep Antiquity Oaks running as a farm, we need to start reaching out to others. Regardless of how bad my knees or back get, I will still be able to help with the mental tasks involved in running a farm. And as I said to a friend recently, it just seems selfish to turn this 32 acres into our own little private park when it could be put to good use growing organic food for people.

Even though I felt like I was being punched it the gut over and over again in 2014, I think that most of it is turning out okay. On the bright side, I've gained a lot of empathy for people who need to change their diet, as I am now one of them. Although it has been hard at times, I've also discovered some amazing foods! Brownies made with flour are not even close to being the best brownies out there. When they are made with almond butter or black beans as the main ingredient, they are totally amazing! And I don't know if I ever would have tried them if I could still eat wheat.

So, I am really looking forward to 2015 and honestly think it will be the best year ever. But this blog post is already long enough, so I won't bore you with all of the things on my to-do list for the next 12 months. I will, however, make this resolution -- to blog at least twice every week this year, so you'll get to hear about all of those thing as they happen (or don't happen).